Anandabhadram turns 17: Prithviraj Sukumaran reflects on his performance as Anandan and working with Santosh Sivan 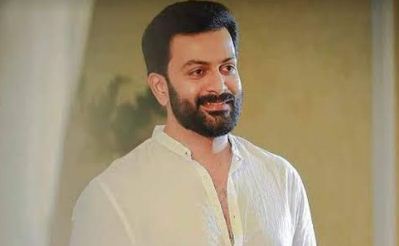 Incredibly talented Prithviraj Sukumaran is known for his spectacular performances that have changed the course of Indian film. On the seventeenth anniversary of this dark fantasy horror film, ‘Anandabhadram,’ the actor reflects on his time working on it.  Directed by Santosh Sivan in his Malayalam film debut, the film was based on a novel of the same name by Sunil Parameswaran.

Prithviraj’s portrayal of Anandan was highly promising, and his fans were utterly blown away by his performance. The entire picture, which was packed with ghosts, spirits, and black magic, had the audience enthralled until the very end. ‘Anandabhadram,’ a commercial triumph, went on to win five honors at the 2005 Kerala State Film Awards and two at the 2005 Asianet Film Awards.

When asked about his experience, he answered, “This film has a special place in my heart. I had never played a character like Anandan before and I’m glad people remember my role. I’d like to thank Santosh Sivan for bringing this wonderful story to life as I am truly grateful for all the love that has come my way for this part. This kind of feedback keeps me going, and I’m looking forward to portraying numerous outstanding characters in the future.”