Audience are getting crazy about Khuda Haafiz -Chapter 2 . A must watch movie 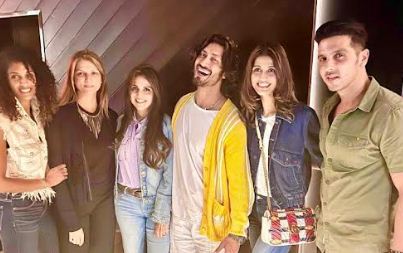 Khuda Haafiz -Chapter 2 Agni Pariksha is a sequel of Khuda Haafiz . The action packed movie sequel has started from where it left in the last movie . Vidyut jamwal as well as Shivaleeka oberoi has not disappointed the audience . Faruk kabir has delivered an awesome action thriller to the audience which they are loving .

The movie has beautiful songs ,wonderful storyline, talented actors and what not . It is a must watch. People around are loving the movie. Vidyut Jamwal is taking his acting skill towards top notch with every coming movie.

Khuda Haafiz -Chapter 2 , produced by Panorama Studios and Action Heroes film and a Faruk Kabir directorial has made a huge collection at the domestic box office.

Our Target is to Become a Manufacturing Hub of Construction Equipments in the World: Nitin Gadkari